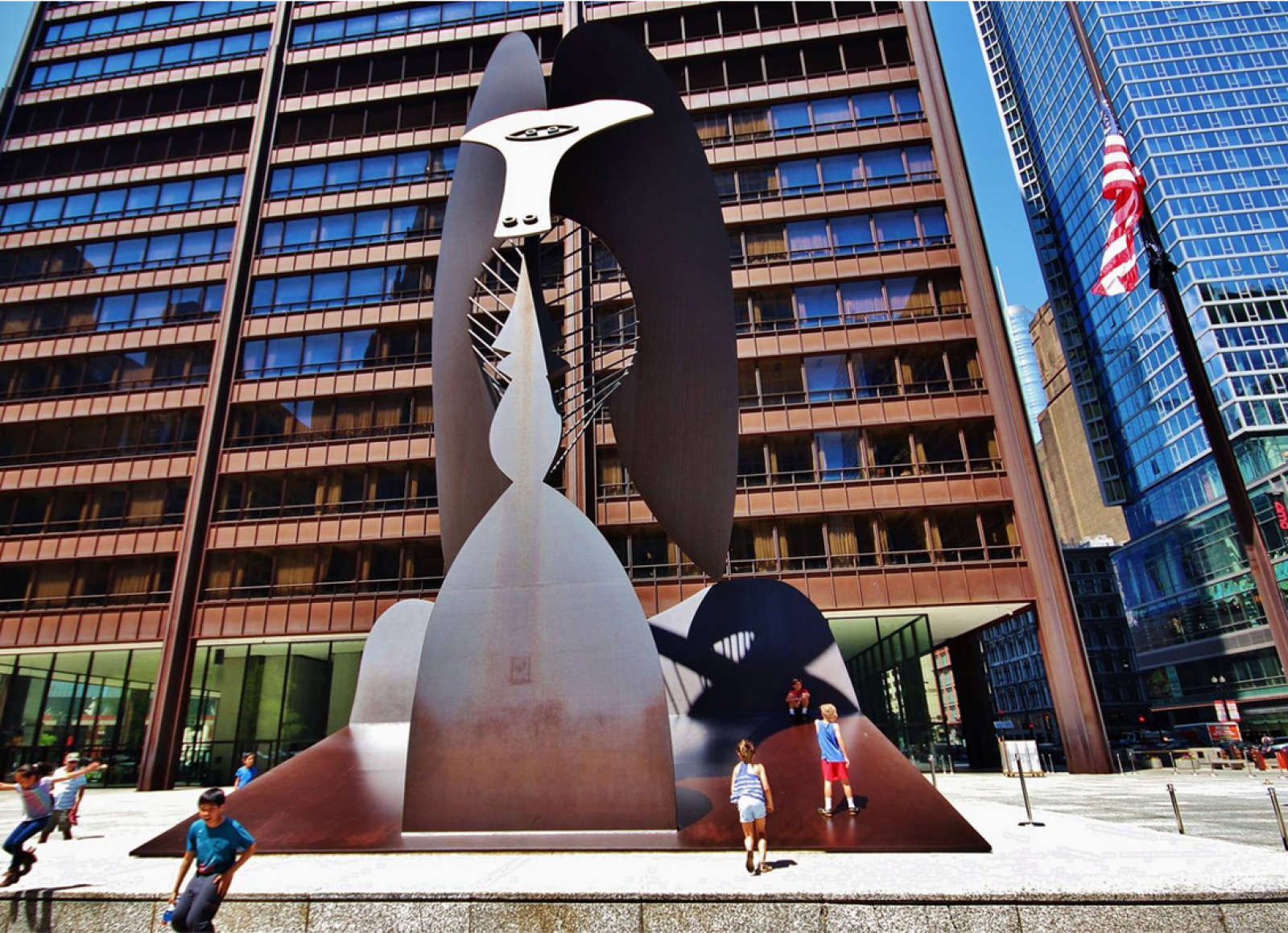 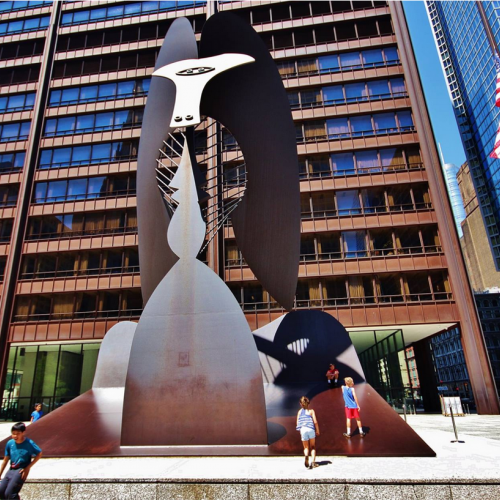 Landmark
Standing 50 feet tall and weighing over 160 tons, the Chicago Picasso in Daley Plaza is much more than just artwork to Chicagoans. The untitled Picasso sculpture that originally sparked controversy in the city has now become one of Chicago’s most famous sculptures and beloved icons.

The Chicago Picasso was commissioned in 1963 by the architects of the Richard J. Daley Center to anchor the plaza on the east side of the building. Most public art in large cities at this time was calm and stoic, mainly depicting historical figures, but in the 1960s, architecture in American cities began to reflect the many cultural and modern changes taking place throughout the country. The Daley Center’s architects decided to commission the renowned Spanish artist, Pablo Picasso, to create a monumental sculpture for their plaza.

Picasso worked on this commission for two years, combining and modifying sketches and motifs from some of his earlier works in the design of the sculpture. This resulted in a 42-inch tall maquette, or model, of the sculpture. Both the maquette and sketches of the sculpture may be seen today at the Art Institute of Chicago.

The Chicago Picasso is built of Cor-Ten steel, the same material as the exterior of the Daley Center, and was assembled not far from Chicago at the U.S. Steel Company in Gary, Indiana. On August 15, 1967, thousands of people gathered in Daley Plaza to witness the unveiling and dedication of the city’s newest piece of public art. In his dedication letter, Picasso gave the sculpture as a gift to the people of Chicago, without ever explaining what the sculpture was intended to represent.
Share